How Resting More Can Boost Your Productivity

Rest has a bad rap in our culture. Most of us think about rest as merely the absence of work—not something valuable in its own right. Sometimes, it’s even equated with laziness.

But nothing could be further from the truth.

Rest is an essential component of working well and working smart. In my new book, Rest: Why You Get More Done When You Work Less, I outline some of the fascinating research that shows how rest helps us to think, innovate, and increase our productivity, and what we can do to rest more effectively.

Even in our brain’s resting state—when we are not directly focused on a task—it’s still active, engaging its “default network” to plug away at problems, examine and toss out possible answers, and look for new information. We may not be able to control these processes completely; but by learning to rest better, we can support them, let them work, and take notice when they uncover something that deserves our attention.

Think of rest as akin to sex or singing or running. Everyone basically knows how to do it, but with a little work and understanding, you can learn to do it a lot better. You can enjoy rest more profoundly and be more refreshed and restored if you simply work at it a bit more.

Here are some of the ways I recommend using rest to benefit your thinking and creativity. 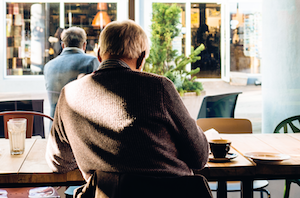 While some writers and artists burn the midnight oil, depend on a looming deadline to help them focus, or wait for inspiration to strike before getting down to business, many of history’s most creative and prolific figures take a different approach. They start work earlier, sometimes before dawn, and concentrate on their most challenging work first when their creative energy is bound to be at its peak. They also tend to set up routines, so that they don’t waste brainpower recreating the wheel every day and taking up valuable creative energy.

We may think of routine as the opposite of creativity; but in reality, research suggests that routines can enhance it. In one study, researchers surveyed hundreds of workers at a high-tech company about how much routine they had in their everyday work, how much opportunity they had to be creative on the job, and how much initiative they could exercise in trying out new ideas. Then, they looked at how many creative ideas these workers submitted to managers. They found that employees whose work had a large measure of routine were more likely to submit ideas; those who had more control over their work did even better. 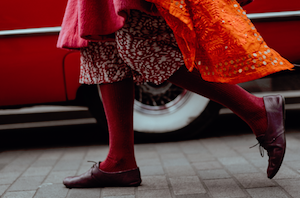 Walking can be a simple way to facilitate creative thinking. Not only is it a form of exercise (which brings blood to the brain), it can also help our brains engage in a light kind of focus, which encourages more mind-wandering and aids later creativity.

Researchers at Stanford did a series of experiments looking at the effects of walking on creativity, as measured by a test of divergent thinking—which asks people to come up with novel ways of using an everyday item, like a brick or a doorstop. The researchers compared participants’ performance under four conditions: while walking on a treadmill, while seated inside, while walking outside, or while being wheeled outside in a wheelchair.

Their results showed that walking and being outside each separately led to better performance on the test. Moreover, in one experiment, the researchers showed that the benefits of walking on creativity did not fade immediately, but carried over into performance on future tests.

Walking may not be as beneficial for focused, analytical thinking; but there’s good reason to believe that it stimulates creativity and may aid you in solving problems encountered on the job, particularly if you walk when problems are still fresh in your mind. For naturalist Charles Darwin, for example, walking was so valuable a creative stimulus that he built a “thinking path” near his house, and would retreat to it while working on difficult problems. 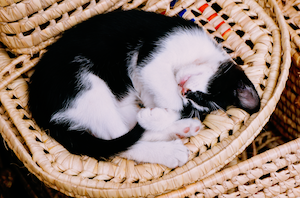 If you do imaginative, creative work over long hours or in a demanding environment, afternoon naps can have restorative power for you. Sleep scientists have found that even a short nap can be effective in recharging your mental batteries.

The most obvious benefit of napping is that it increases alertness and decreases fatigue. Even a short nap of around 20 minutes boosts your ability to concentrate by giving your brain a chance to restore depleted energy.

In one study, Sara Mednick and colleagues tested participants on perception tasks—similar to what you do to get your peripheral vision checked—then divided them into three groups: one that didn’t nap at all, and two that napped either for an hour or ninety minutes. Everyone was then re-tested in the evening. Those who hadn’t napped performed worse in the evening, while those who’d napped either performed the same or dramatically better. Testing all of the groups the next day—after a night’s sleep—still resulted in “nappers” doing better than “non-nappers,” suggesting that naps augment the positive effects of sleep.

Mednick’s research also implies that napping may improve performance on certain tasks more than caffeine. You can even vary the timing of your nap to get different benefits: An earlier nap will give you more REM sleep and boost creativity, while a later nap will be richer in slow-wave sleep and more physically restorative. All this is to say that taking a nap may be a good way to boost your performance and creativity.

4. Stopping at the right time 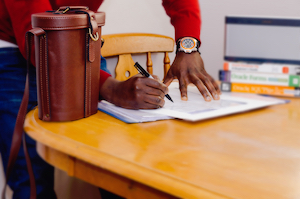 While many of us may feel that pushing ourselves to work long, unbroken hours is the best way to be productive, science suggests otherwise. In fact, working longer may lead to stress, burnout, disengagement from work, and poorer performance on the job. It can also kill creativity and innovation.

A counterintuitive but effective form of deliberate rest is to stop working at just the right point: when you see your next move, but decide to leave it until tomorrow. Ernest Hemingway was a famous advocate of the practice, and many notable writers have followed his advice to “always stop when you know what is going to happen next.”

Stopping when you have a little energy left makes it easier to get started the next day. It also seems to prompt your subconscious mind to tackle work problems in the meantime, suggesting that Hemingway’s intuition was correct.

All of this suggests that consciously leaving tasks undone—leaving the last sentence of a paragraph unwritten, for example—will nudge your mind to continue cogitating without your conscious awareness. Such a strategy also evens out the highs and lows in creative work, provides a boost to creativity, and buffers against stress.

Sleeping is, of course, the ultimate form of rest and an important part of a creative and productive life.

During the day, our bodies are mainly occupied with the business of living, spending energy on motor activity and cognitive functions. When we fall asleep, our bodies shift into maintenance mode and devote themselves to storing energy, fixing or replacing damaged cells, and growing, while our brains clean out toxins, process the day’s experiences, and sometimes work on problems that have been occupying our waking minds.

Many researchers have found that REM sleep is particularly important for performance. For example, in a study looking at anesthesiology interns and anesthetists, researchers found that after a couple of weeks of having night shifts or on-call duties, their work performance declined significantly. Not only that, but a sleep deficit of less than an hour per night led to declines greater than those seen in comparable groups tested in a sleep lab, suggesting that scientists may be underestimating the consequences of sleep loss in the real world.

All of the research points to the importance of rest in our fast-paced lives. While our culture may be pushing us toward working overtime, 24/7, this is clearly not helping us to be more productive or to come up with creative solutions to our problems.

When we treat rest as work’s equal partner, recognize it as a playground for the creative mind and a springboard for new ideas, and learn ways to take rest more effectively, we elevate it into something valuable that can help calm our days, organize our lives, give us more time, and help us achieve more while working less.

Rest is not idleness. It is the key to a better life.